Sometime between the years 863 and 867 after finishing the translation of the Gospels and before leaving for Rome, Constantine created a real masterpiece of poetry equalled by none of the works of contemporary European writing . It especially stands out when compared with works written in national languages as opposed to Latin. It is true that the oldest Romance rhymed riddle, known as Indovinello Veronese, was written half a century before ”Proglas“ but it consists of only four rhymed lines. ”Proglas“, on the other hand, consists of 110 unrhymed lines. Most of them are twelve syllables long and usually there is a caesura after the fifth, or seventh syllable. These characteristics of the original text have been preserved in the translation into modern Slovak, on which the translation into English is based. Verses in ”Proglas“ imitate so-called iambic trimeter which was the verse of Greek drama. Oedipus Rex by Sophocles was also written in this form. That is why this verse is called ”dramatic“ verse.

The last line of ”Proglas“ consists of one word only: ”AMEN“, meaning ”So be it.“ It remains to be added that the mysterious fifth line – ...”THAT IS WHAT HAPPENED IN OUR SEVENTH MILLENNIUM “- holds the key to the dating of the translation of the Gospels and to the creation of the poem itself. According to Byzantine dating Christ was born 5,508 years after the Creation, and if we add to it 863 years, (the year SS Cyril and Methodius came to Great Moravia) we get 6,371 years, or the seventh millennium.

Constantine the Philosopher was a great connoisseur of old and new Greek poetry, familiar with Homer, Gregory of Nazianus and many other poets. He was one of the greatest scholars in the whole of the east Roman Empire. He studied and later taught at the oldest University of the world, founded in 425 by the emperor Theodosius II in Constantinople (today’s Istanbul).

When he was sixteen he defeated in a dispute the old iconoclastic patriarch Jannes (John VII Grammaticus), who claimed that pictures of God and the Saints were not to be worshipped. It was not by accident that Constantine was even at such an early age called the Philosopher. ”Filo sofia“ in Greek means ”love of wisdom.“ The philosopher is, then, someone who loves wisdom. And Constantine had become enchanted by wisdom long before this dispute.

”When the boy was seven he had a dream. He told this dream to his parents. The strategus gathered all the maidens of the town and told me: Choose one to be your companion in life and equal partner. I looked carefully at everyone of them. One was exceedingly beautiful, her face shone and she was decorated with gold, pearls and beauty. Her name was Sofia-wisdom. That is the one I chose.“

As a boy Constantine was ready to give all his inheritance to a teacher of grammar. After he had mastered grammar in three months and grasped other disciplines in an astonishingly short time too, he was able to answer the question of Logothete, or as we would say now- prime minister, Theoctistos: what is philosophy? But that was not all. He explained the matter so well that the grateful politician offered him not only a splendid worldly career but also his goddaughter as a wife. However Constantine again chose in favour of his great LOVE-PHILOSOPHY. He was then appointed patriarchal librarian of the Holy Wisdom Cathedral (Hagia Sofia). But again he did not stay there for long. For six months he was hiding in the outskirts of the town so that he could concentrate on his studies. Eventually he was found and, after much imploring, accepted ”a teaching post at the university and taught native and foreign people philosophy“. After some time, however, he escaped from this place too and lived in the Polychronion monastery of brother Methodius which was situated at the foot of mount Olympus in Bithynia (Asia Minor). There he lived and “talked to books only.“

But no matter how hard he tried to escape mundane life the emperor’s people found him whenever they needed to send abroad somebody who would defend and spread Christian faith and the interests of the Byzantine Empire. During one of these missions Constantine discovered at the Black Sea the remains of St Clement, who was the disciple of St Peter and who later became the third pope. These remains Constantine later brought to Great Moravia and they also allowed him to enter the Eternal City with triumph. There he fell seriously ill and sought a refuge in a monastery. He accepted the name of Cyril (Greek Kyrillos). He died there on 14th February 869 happy that he was at last in the hands of no one but God, the source of all WISDOM. He was buried in the St Clement’s cathedral where the remains of the eponymous Saint were also laid.

Constantine’s love of wisdom culminated in Rome where he achieved a real triumph for our ancestors. Pope Hadrian II acknowledged the Old Slavonic language to be a liturgical language-just like Latin, Greek and Hebrew. But the most wonderful fruit of the Philosopher’s love in the field of poetry remains his “Proglas”, the praise of script which communicates the Gospels, the most important part of the Holy Bible, to the people in their own language.

We mentioned in the beginning the oldest Romance poem which is certainly not an easy riddle to solve. A free translation would go like this: HE IS DRIVING THE OXEN. HIS PLOUGH IS WHITE. PLOUGHING THE WHITE FIELD, HE SOWS BLACK SEEDS.

Initially this little poem, written at the end of 8th or beginning of the 9th century and discovered in 1924 in Verona (that is why it is called Indovinello Veronese – or Veronese riddle), was interpreted as the celebration of the work of the ploughman. The only thing that seemed to contradict this interpretation were the “black seeds”. Four years later literary scholars discovered that the poem hides another meanings as well-it describes the work of the scriptor, or writer-White oxen are the fingers of the writer, the white plough is the quill, the white field is the parchment and black seeds are letters written with black ink. The main “characters” of the oldest Romance poem are letters-just as in the oldest Slavonic and Slovak poem. “As the seed that fell into the soil,so every human heart on earth needs the rain of God’s letters, so that God’s fruit will grow to its fullest.” (Proglas 69-72)

Not for nothing do people say that books have their fates (habent sua fata libelli). The Veronese riddle was discovered 1000 years after it was written and it took almost four years to solve it. Similarly modern science discovered “Proglas” almost 1000 years after its birth, in 1858. Half a century later it was discovered that “Proglas” was not a prosaic text, but poetry! In the Middle Ages it was common to write lines together, and not in separate rows as we do today. To understand “Proglas” fully it is necessary to read it together with ”The Life Of Constantine Cyril“, – the first Slovak and Slavonic prose text. This literary masterpiece was written shortly after Constantine’s-Cyril’s death under the supervision of his brother Methodius, probably by their disciple St Clement of Ochridia. The focal point of this biography is the 14th chapter, where the invention of the Glagolitic script for the Old Slavonic language is described. This was the language that was spoken by Slavs living near Saloniki and it was very close to the language of the Sloviens in Great Moravia.

Glagolitic script, or Glagolica (glagolati meant to speak in Old Slavonic), the first Slovak alphabet was invented by Constantine the Philosopher: He first asked the Emperor for permission for this ”invention“ and then asked for God’s assistance. The description of this wonderful scene with Constantine, Methodius, the Emperor and Rastislav’s envoys deserves to be included at the beginning of all textbooks of Slovak and Slavonic literatures.

Constantine had then a vision:“Shortly after God, who listens to the prayers of his servants, appeared to him and he put the letters together and started to write the words of the Gospel: ”In the beginning was the Word, and the Word was with God, and the Word was God.“ (John 1,1) Emperor Michael III sent to Rastislav other magnificent gifts (among them was probably the pyx of âierne K?a?any as well), but in an accompanying message he said that the greatest gift, a gift more precious ”than all the gold, silver, gems and fleeting riches of this earth“ are letters with help of which Slovienes will be too among the ”great nations that celebrate God in their own language.“ He was right and in ”Proglas“ we can find the ”translation“ of these words in three beautiful verses (10-12).

”Proglas“ really is the most beautiful celebration of letters and Word (which is understood as second divine personality of Christ) and cannot be compared to anything else. The letter ”S“ itself which is in Glagolica called slovo (or word in English) symbolises in it’s graphic form the first, previously quoted words from John’s Gospel. In this ”calligraphic“ alphabet S is painted with circle in the upper part-symbol of God, of eternity with no end and no beginning, to which is added a triangle as a symbol of the Holy Trinity. This image conveys in itself that ”In the beginning was the Word... “ – Christ, second divine personality, and that this Word was with God the Father who together with The Holy Spirit constitutes The Holy Trinity. This text, transcribed into an image can be found, incidentally, on the face of the Slovak 10 crown coin. There we can see three figures – in the centre God the Father above Christ ( Logos-Slovo-Word), second divine personality and below the Holy Spirit. A fascinating description of this imagery can be found in the intriguing study of Titus Kolník in his study on Iconography (Slovak Archaeology, 1994, No.1, pp.125-153).

The metre of the poem itself was chosen in order to correspond with this idea. The iambic trimeter consists of three double feet and each of them has two syllables. It seems as if the metre of the verse with three quartets of syllables symbolised the Holy Trinity and four arms of the cross, sign of salvation and Christ’s crucifixion.

In the original version the triplet of anaphors ( a poetical device that repeats the same word at the beginning of the line) which is signalled by the conjunction ”i“ (and), by the verb slyšite (to hear) and by the focal noun ”word“ is enforced by another poetic device, the so called paronomasia (connecting two words with common root). It seems as if Constantine derived the origins of Sloviens from Slovo - Word and from Christ, and he perceived Sloviens as a new ”chosen“ nation. The structure of Proglas can truly be compared with the most perfect poems of the world. To conclude our talk about the man who loved wisdom eternally we may quote what the monk Chrabr (probably St Naum, the disciple of SS Constantine and Methodius) said about his teacher:” When you ask people ....who invented your alphabet, your script, or translated your books, everyone will know the answer. They will tell you it was St Constantine the Philosopher called Cyril ... Brethren, that is the kind of mind that the Lord send to Slovienes . 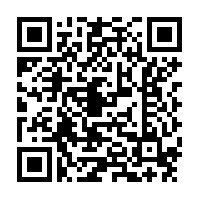